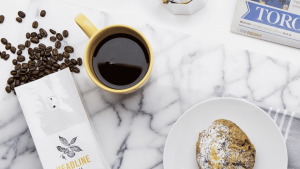 According to an INMA blog, one month after its launch, Headline Coffee attained reader awareness of 20 per cent. Moreover, during the first three months, an average growth rate of 32 per cent. The Star decided this could be a profitable business venture once they found that roughly 70 per cent of their readers consumed coffee in the morning while reading their paper.