The world’s largest social networking site has launched a redesigned homepage intended to mimic that of a newspaper’s front page. Facebook’s News Feed function now highlights algorithmically important status updates as users’ top stories. “The News Feed will act more like your own personal newspaper,” wrote Facebook programmer Mark Tonkelowitz in a blog post on the site. “All your news will be in a single stream with the most interesting stories featured at the top.”

“Facebook has adopted elements of print design to communicate more effectively with its users, proving the influential power of traditional media in the evolution of the digital space,” said John Hinds, chief executive officer of Newspapers Canada.

Facebook also unveiled a number of other new features that borrow elements from its online competitors. A new smart list capability allows users to group friends in a manner similar to Google+ “Circles,” while the Facebook Ticker sidebar displays a Twitter-like feed of friends' real-time status updates. 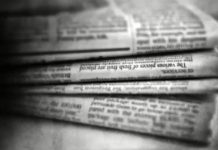 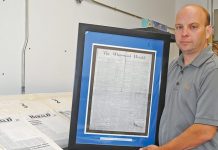