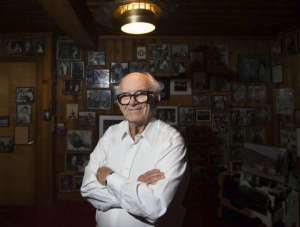 Red Fisher, the chronicler and the conscience of Montreal hockey whose career touched seven decades, died last Friday at age 91.

Fisher received one of Canada’s highest civilian honours on Dec. 29, 2017, when he was named a member of the Order of Canada “for his contributions to sports journalism, notably for his iconic coverage of the Montreal Canadiens hockey franchise.”

Michael Farber has penned an excellent tribute to Fisher in the Montreal Gazette. You can read it here.