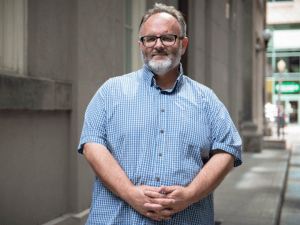 Rob Roberts to the position of Editor in Chief of the National Post.

Roberts began his career in radio and moved to print journalism with editorial positions at newspapers in Halifax, Ottawa, Montreal and Toronto. He was on the inaugural team as a copy editor at the launch of the National Post. He rose through the ranks at the Post to become national editor and executive producer, news, until leaving in 2015 to head the Atlantic bureau of the Canadian Press.