The release of the latest readership data for Canada's six major markets is good news for newspapers - readership of both online and printed editions remains strong.

New data released by NADbank (Newspaper Audience Databank) shows a 10% increase in weekly online readership contributed to an increase in total weekly readership. The results confirm that daily newspapers continue to be a vital source of news, information and entertainment for consumers in six of Canada’s largest and most competitive markets. The readership of daily newspapers (printed edition) remains stable in all six markets. 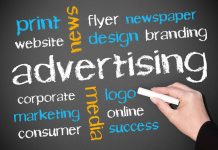