Young adults consume news in strikingly different ways than previous generations according to a new study released by the Media Insight Project, a collaboration between the American Press Institute and the Associated Press NORC Center for Public Affairs.

Researchers surveyed 1,046 American adults between the ages of 18 and 34 about their news consumption habits. The results show that 85 percent of Millennials believe keeping up with the news is at least somewhat important, while almost 70 percent report following the news on a daily basis.

Furthermore, while social media and mobile devices play a significant role in news consumption, Milleninials’ paths to discovery are more nuanced and varied than some may have imagined. Digitally native young adults reported using a blend of social, search, aggregators, online-only news sites and traditional news reporting sources such as newspapers and television. 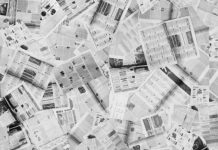