The latest research from the Canadian Media Concentration Research Project (CMCRP) confirms that Google and Facebook receive 42 cents of every advertising dollar in Canada.

Two new reports have been released that provide a deep analysis of the Canadian media economy including the change and growth in the industry as well as media concentration.

Read more about the CMRCP in this recent article in The Message. 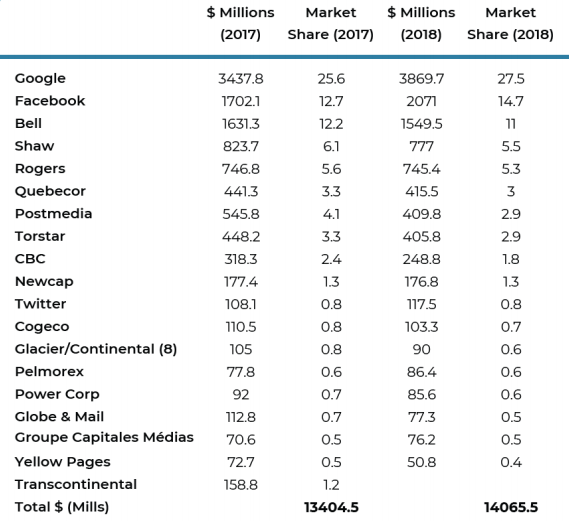