This new 2019 research, funded by the Department of Canadian Heritage, finds that print newspaper ads are the most effective and engaging form of advertising. 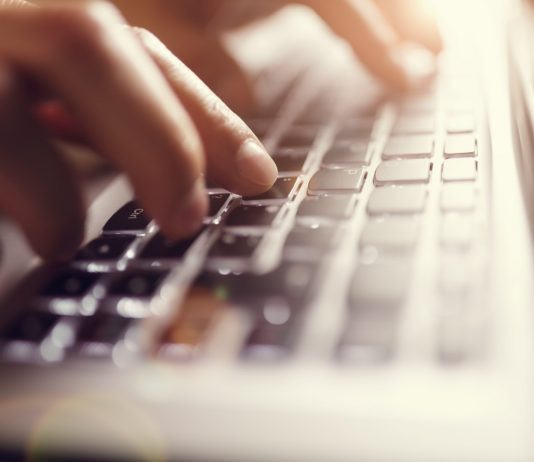 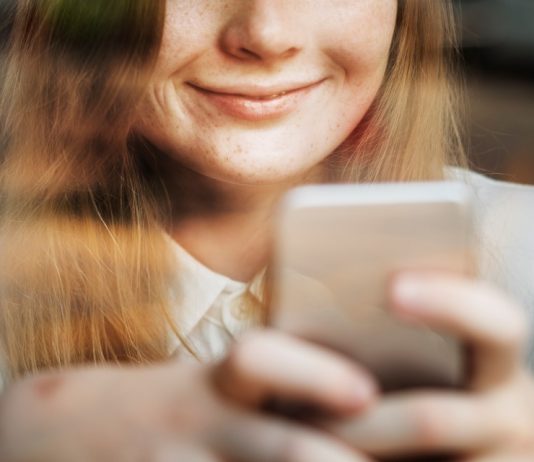 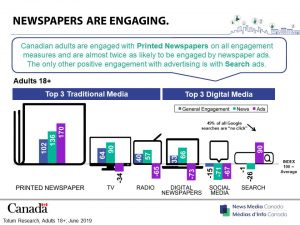 Print newspapers come out on top for Ad Engagement.

A new study conducted by Totum Research on behalf of News Media Canada has found that printed newspaper ads engage Canadians more than any other medium, print or digital. Specifically, the findings published in the 2019 Local Newspapers: Engaged and Connected Report reveal that advertisement engagement for print newspapers is nearly two times higher than other media formats, which includes television, radio, digital newspapers, magazines, social media and online searches.

“With the sheer volume of ads Canadians see each day, we know that having an engaged audience is crucial for advertising to break through and drive action. Our research demonstrates that Canadians are paying attention to newspaper ads, likely because of their trusted environment.” 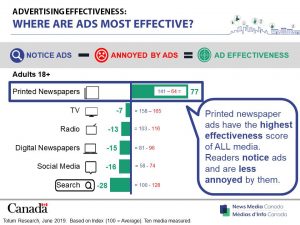 Millennials are engaged with print newspapers.

“It’s clear from this research that when Canadians are reading their local paper, they’re engaging with newspaper ads at a deeper level than they are with other media formats.  This new information confirms the power of newspaper advertising and we hope, will help marketers reconsider advertising in local newspapers across the country.” 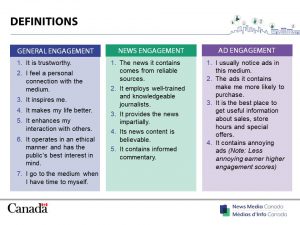 This new study was conducted by Totum Research on behalf of News Media Canada.  Online interviews (800) were conducted in February 2019 across all provinces, in English and French. Respondents were asked to rate media measured on 16 different engagement characteristics (7 General Engagement, 5 News Engagement, 4 Advertising Engagement).  Results were indexed based on ratings for each media compared to the average rating.

For more information, contact Kelly Levson, Director of Marketing and Research, at klevson@newsmediacanada.ca.