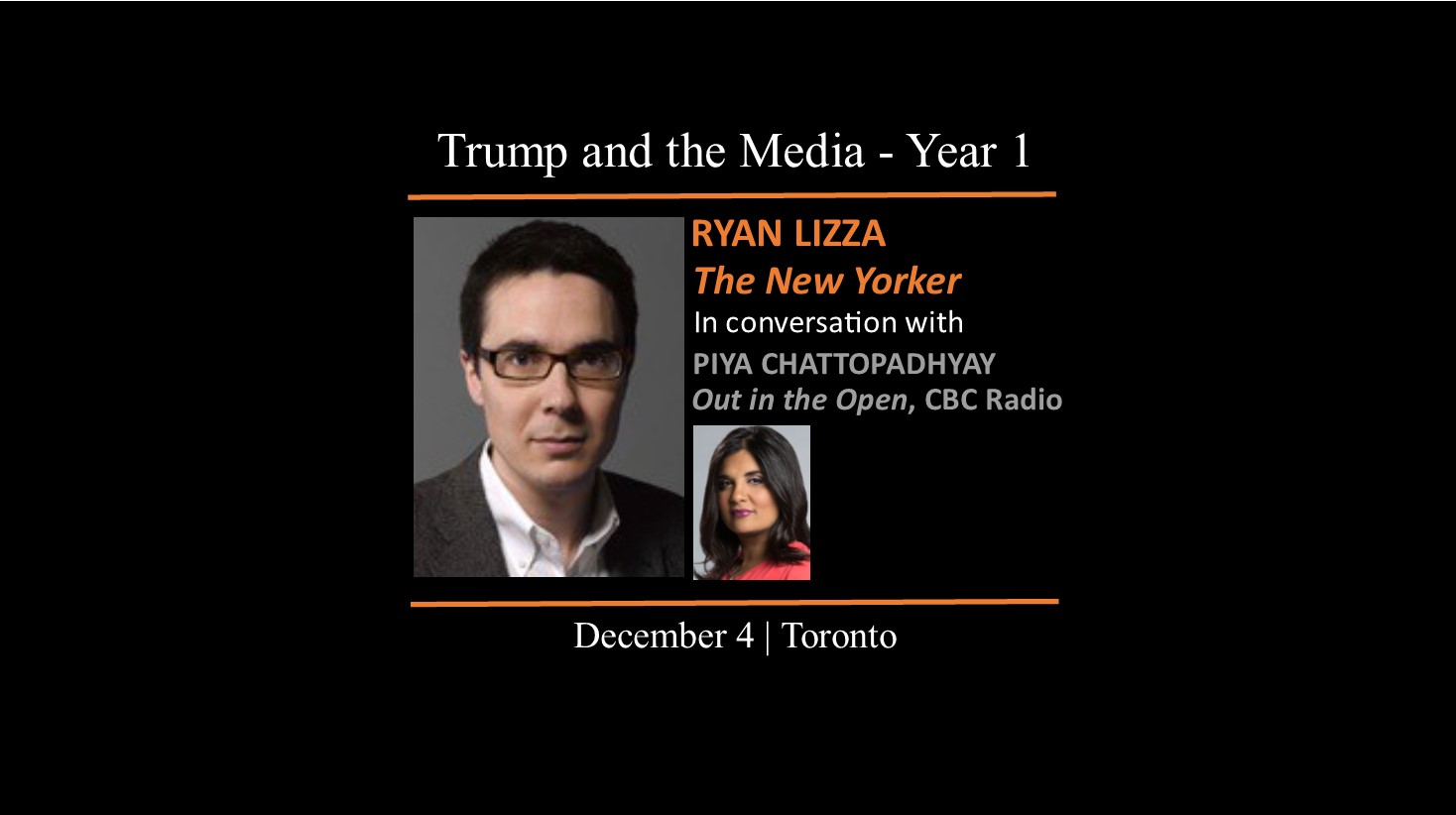 It was the story of the summer in a summer of stories. Who can forget that profane-laden call from former White House communications director Anthony Scaramucci, a.k.a "The Mooch," to Ryan Lizza, Washington correspondent for The New Yorker, demanding to know who was leaking information to the press? But Lizza's front-row seat to the Trump presidency goes far beyond the call that made headlines. He’s covered the last four presidential campaigns, profiled a number of powerful political figures and brings deep understanding to the most unsettling year of a U.S. president. Lizza will be in conversation with award-winning journalist Piya Chattopadhyay, host of CBC Radio’s Out in the Open.
Monday, December 4
Doors open 6:30 pm  |  Discussion  7:00pm  |  Reception 8:30pm