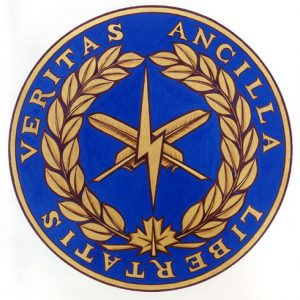 The London Free Press has won the 2016 Michener Award for its series Indiscernible, an investigation into the death of a local man that led to changes in Ontario’s criminal, corrections and mental health systems.

His Excellency the Right Honourable David Johnston, Governor General of Canada, presented the Michener Award trophy to the London Free Press in a ceremony at Rideau Hall in Ottawa. The media outlet was among six news organizations honoured at the ceremony. The Michener Award honours, celebrates and promotes excellence in Canadian public service journalism that makes a significant impact on the public good.

The Governor General also presented the 2017 Michener-Deacon Fellowship for Investigative Journalism to print journalist Valérie Borde, an award-winning science writer and frequent contributor to L’Actualité. Borde will investigate food safety in Canada to see if our public institutions are effectively protecting Canadians from fraudulent food claims and products.

The 2017 Michener-Deacon Fellowship for Journalism Education was awarded to Matthew Pearson of the Ottawa Citizen for his proposal to develop a teaching module for journalism instructors and online portal for newsrooms across Canada to help students and working journalists better understand trauma and its impact.

You can read all about the ceremonies and see photos and videos from the evening here.