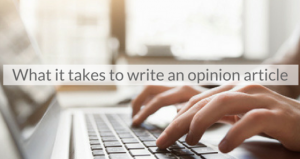 Everyone has an opinion. But few get the delicious opportunity to disseminate it to thousands of people reflecting the readership of a newspaper. In this white paper written by Barbara Yaffe, and subsequent interview between host Tim Shoults and herself, Barbara talks about how writing opinion columns for newspapers is seen as a privilege, reserved for the most talented and experienced scribes, and for good reason.

Barbara is a journalist who has spent more than 40 years living and working in Canada writing on public issues and government. Barbara’s first job was at the Montreal Gazette, but within a year she moved to the Globe and Mail to work in the Toronto newsroom, the Queens Park Bureau and then, the Atlantic Bureau. Barbara was co-recipient of the Roland Michener Governor General’s Award, for a series of articles on children’s services in Ontario.

In 1988 she joined the Vancouver Sun where she has worked as Lifestyles Editor, BC News Editor and finally, a political and business columnist and editorial writer.

In 2004, the Jack Webster Foundation awarded her the Columnist of the Year Award and the same year she won an Award of Distinction from the International Fund for Animal Welfare. In 2013, she was awarded a Queen’s Diamond Jubilee Medal for her journalism work, flowing from a nomination from the Canadian Taxpayers Federation.

What is Newspaper Training?

The industry is transforming and so are the skills needed to work in and manage it. Stay up-to-date with articles, tips, videos, webinars, Q&As, expert interviews, training modules and more.

Our goal is to create a forum where reporters, editors, sales teams and publishers come together to share innovative ideas that help make community newspapers go-to sources of information for Canadians. 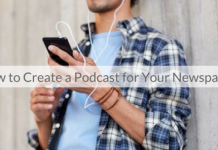