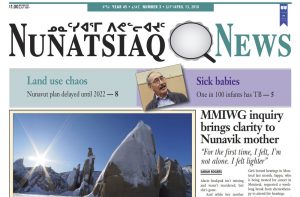 Also, an editorial by Jim Bell on the Nutrition North Canada program, “It’s about nutrition, stupid,” published in print on Nov. 2, 2018 and online on Oct. 25, 2018, won first place for best local editorial in the same circulation category.”