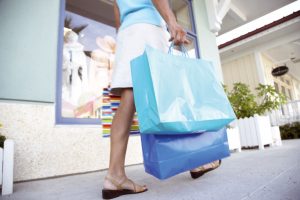 Statistics Canada released retail sales data for December 2015 and the news was not good.  “Following a 1.7% rise in November, retail sales fell 2.2% to $43.2 billion in December. Declines were widespread as lower sales were reported in 10 of 11 subsectors, representing 97% of retail trade. Later snowfalls and unseasonably warm weather in many parts of Canada may have contributed to lower seasonal purchases.”

December retail sales posted the largest single month drop since April 2010.  Most stores associated with holiday shopping showed weaker sales, despite any November gains due to Black Friday shopping.  The automotive sector was one of the hardest hit with declines in new car and used car dealers. Robert Kavcic, Senior Economist at BMO Financial Group notes that this is not a new year-end pattern, with Black Friday sales timing affecting December sales for three years prior.